My longest standing interest in clastic sedimentology has been facies analysis and sequence stratigraphy. Most of my perspective has been honed by a thirty-year project that began as my senior thesis investigating the sedimentology and sequence stratigraphy of Neoproterozoic and Cambrian rocks in southeastern California. This research has centered around interpreting the depositional environments of different units, placing the stratigraphy in a sequence stratigraphic framework, and linking the stratigraphy to determining the paleotectonic evolution. As the succession spans the Precambrian-Cambrian boundary, we are linking environments to key paleobiological components, such as Ediacaran organisms, trace fossils, and documenting evidence for terrestrial colonization of metazoans.

A key aspect of our research is to develop a detailed understanding of the poorly known braid-delta depositional environment. Braid deltas are comparatively poorly known relative to common deltas, which are attached to single-thread meandering rivers. By contrast, braid deltas form at the distal end of braided rivers where they reach base level. Given the lack of widespread vascular land plants prior to the Devonian, braid deltas would have been the dominant delta type on Earth for three billion years. Our on-going research is focused on documenting processes and products of modern braid deltas from satellite scale, determine physical/textural characteristics in modern systems, and study them in the rock record.

My group is also working on understanding lacustrine and lacustrine-margin depositional environments as part of interpreting the stratigraphic succession in Gale crater, Mars. Lake systems have notoriously complex facies interactions in relation to the balance of water/sediment input and evaporation. In addition, my research is co-leading the group responsible for making a stratigraphic column, and making a geologic map usingx the stratigraphic units. 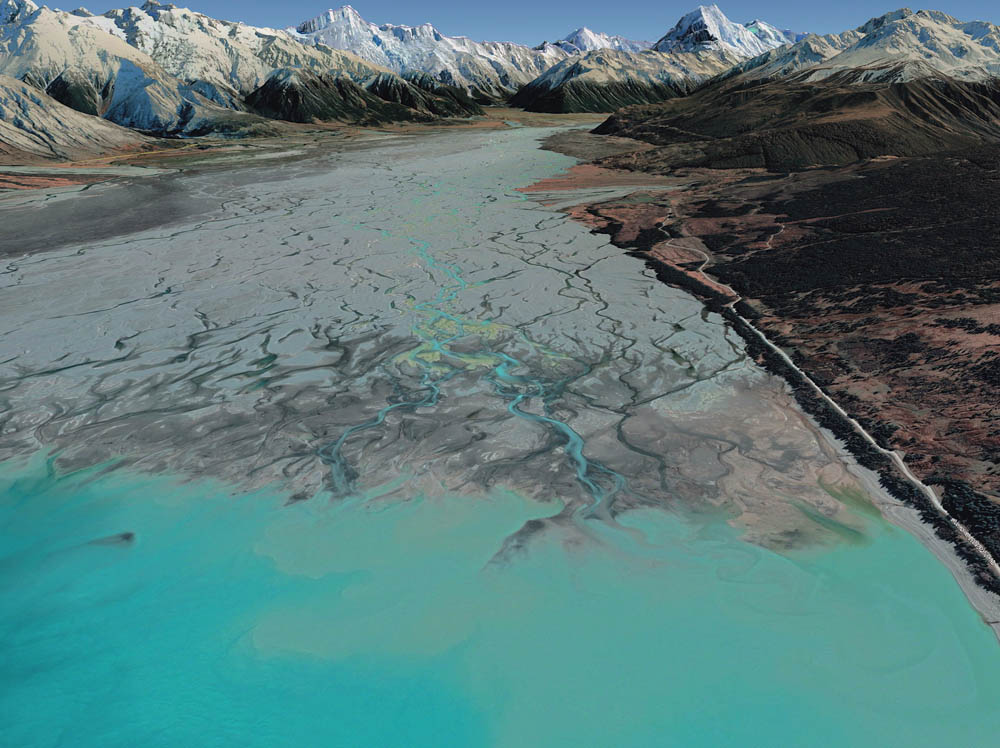 Braid delta entering Lake Pukaki, South Island, New Zealand. One of our major research interests is developing a facies model for braid deltas, which are different from common deltas. Image from Google Earth. 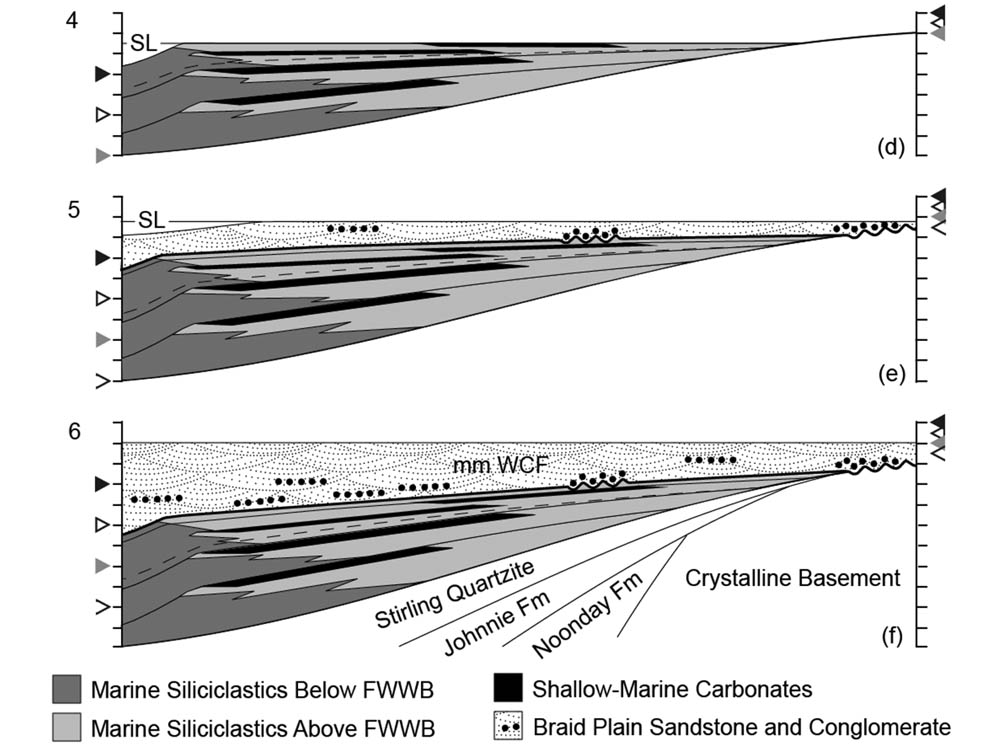 Depositional and subsidence evolution of the Neoproterozoic-Cambrian succession, southwestern USA. This evolutionary panel explains the origin of the sequence stratigraphic architecture across the craton-to-offshore transition. 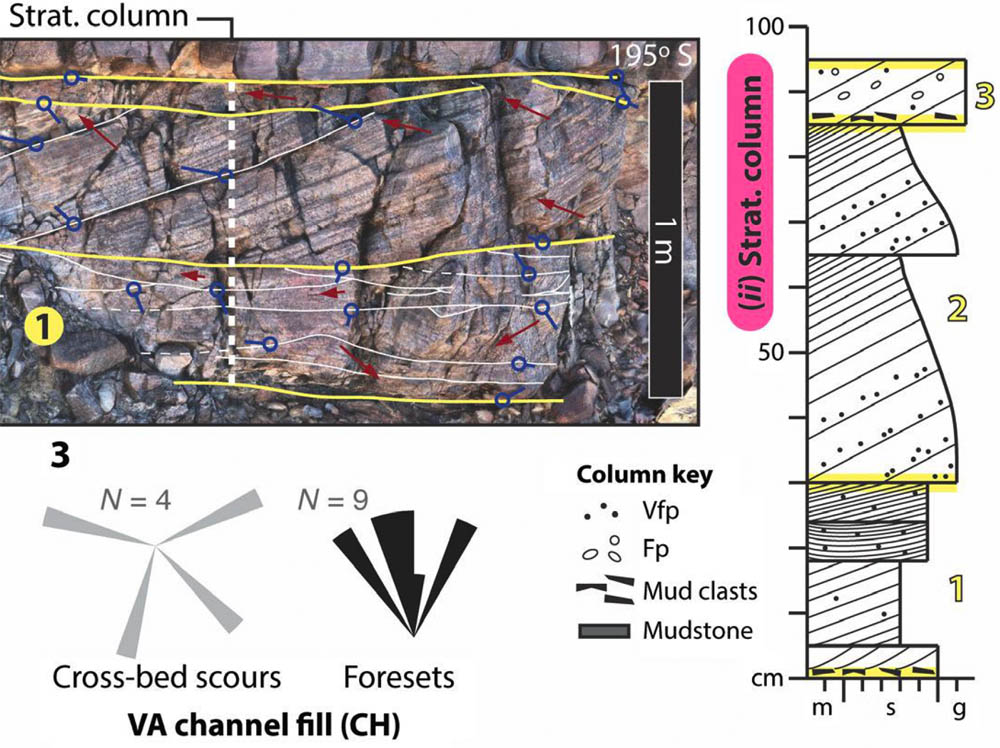 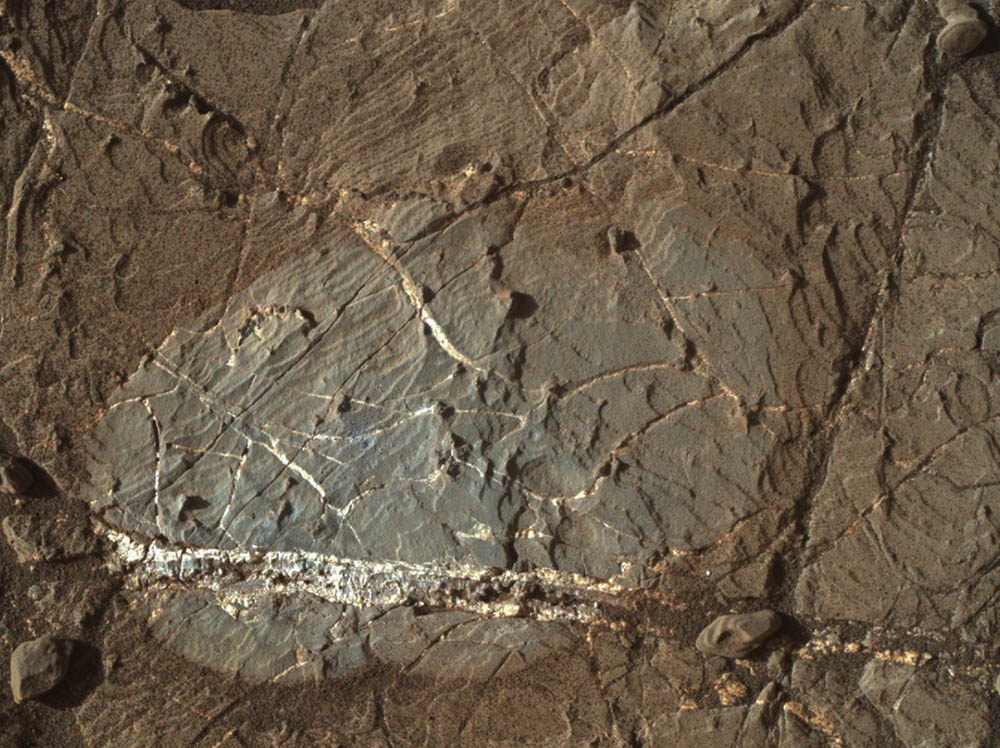